A couple of weeks ago I took a train from Warsaw to Bielsko-Biała, in southern Poland, aiming to ride some kilometers in one of the western ranges of the Carpathian Ridge in Poland: Beskid Mały Mountains.

Beskid Mały Mountains don´t have any long distance bike route marked but there is a walking path that runs for 137 km croosing Beskid Mały, Makowski and Wyspowy and called Mały Szlak Beskidzki. I had previously readen an article on Rowertour, a Polish bike touring magazine, where a guy riding a full suspension bike had done this path in 2 days and eventhough I was not very sure about the possibility to ride this path after my previous experience with the paths in Bieszczady I wanted to give it a try.

The Mały Szlak Beskidzki walking path is well mantained compared to other walking paths in Poland. By that I mean that the signage was good enough to follow the path with the help of a map, but I was using my GPS just in case. Appart from that I found the usual trees lying on the path and a section that had become a wall still doable hiking but not pulling a bike. As often in Poland, the mountains are not very high, but whoever designed the paths always found the steepest way to the top of the ridge. It means that the ride mailny consists in very steep climbs to the top or near the top of the ridge and from there an almost flat ride for some kilometers to a very fast and extreme downhill after what you will find the next challenging climb. Even I could just push my bike for almost all the climbs at the begining of each range I have to admit that the landscape is worth each kilometer.

I made a little less than half of the Mały Szlak Beskidzki and I am thinking about going back to complete it from Bielsko-Biała in 3 days during the first week of september. If someone would like to join drop me a line! 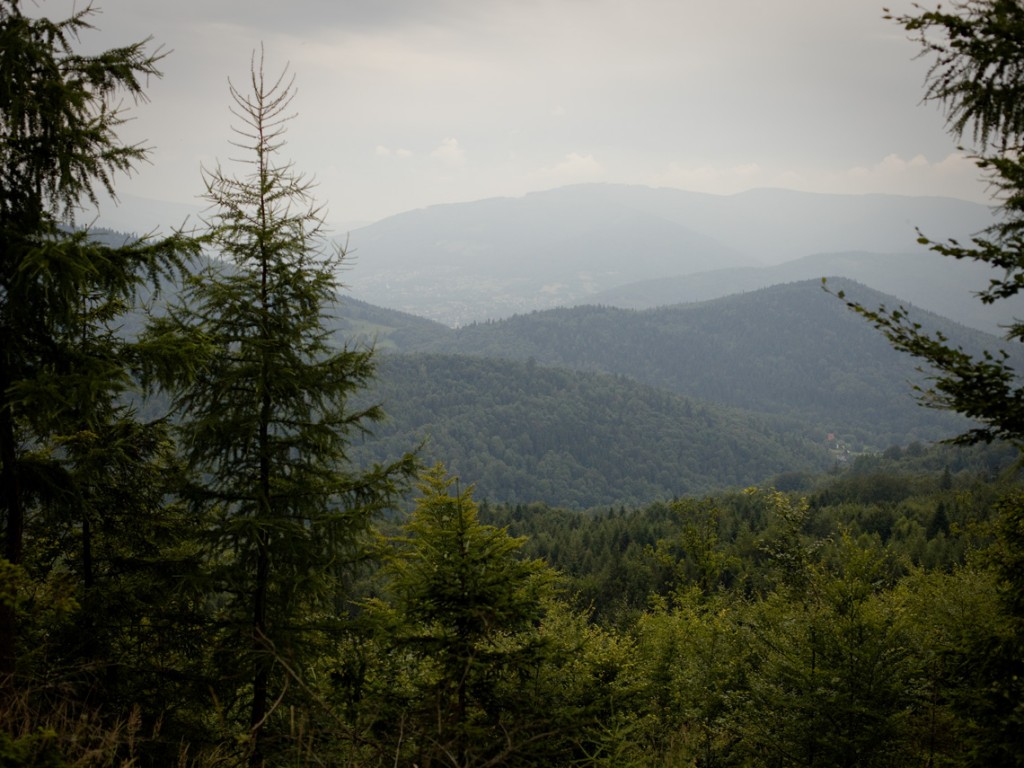 Southern view of Beskid Mały Mountains. The highest peak in this photo is 855 meters high. 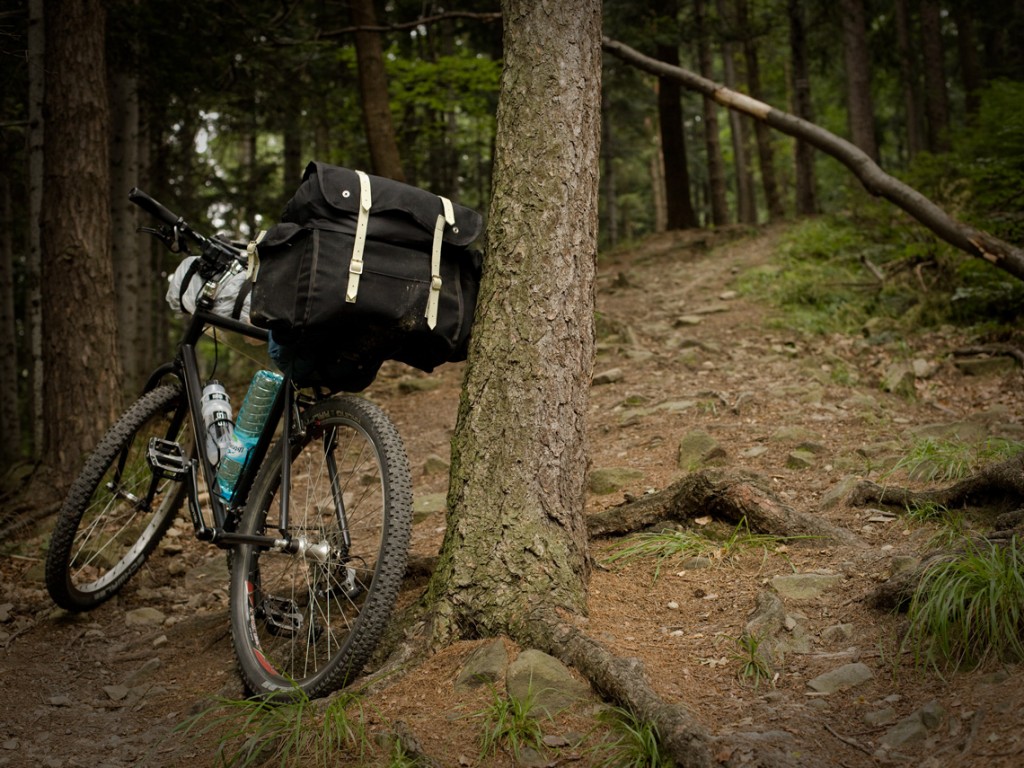 First kilometers of the path were of constant pushing. Near the top of the range and when the path was getting even steeper I decided to divert from it into a logging road that was not on the cartographical maps nor on the gps. Risking to be forced to pedal back to the place where I had taken it, it happened to be the right decission since from there on I was able to ride almost 100% of the time. 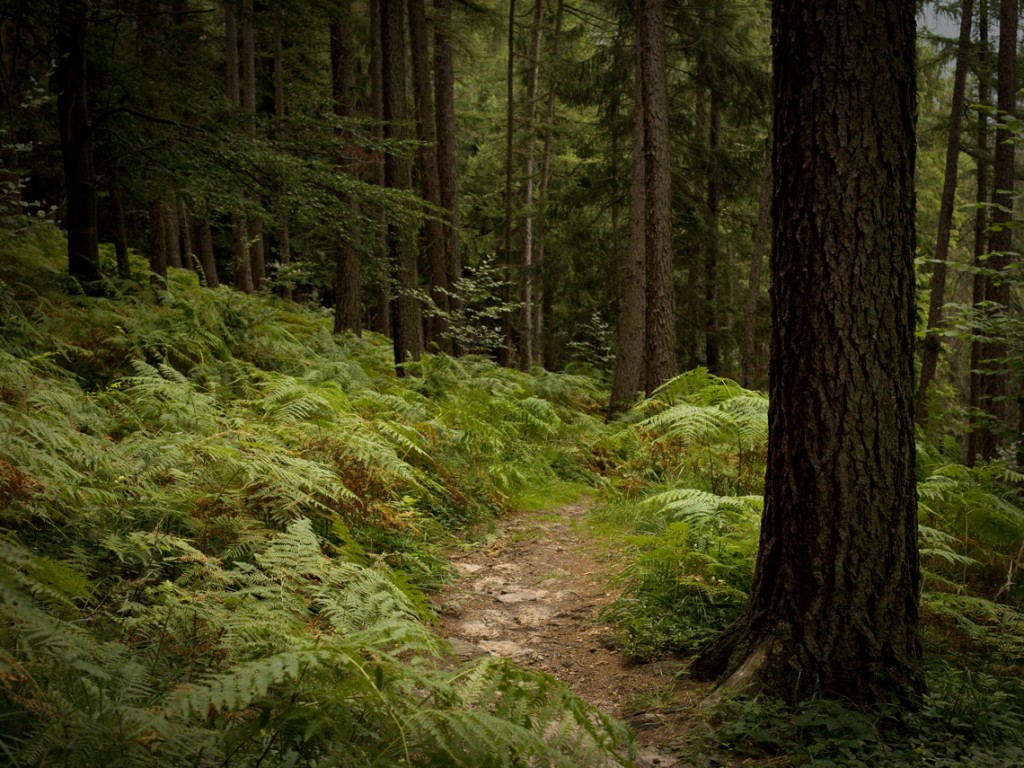 The best thing about having a camera with you is that you have the perfect excuse to make constant stops on those hike-a-bike kilometers. Isn’t it the Mały Szlak Beskidzki awesome?

There were so many loose stones on the path until Międzybrodzkie Reservoir, no matter wether uphill, flat or downhill, that I thought about moving into a full suspension bike for the first time. 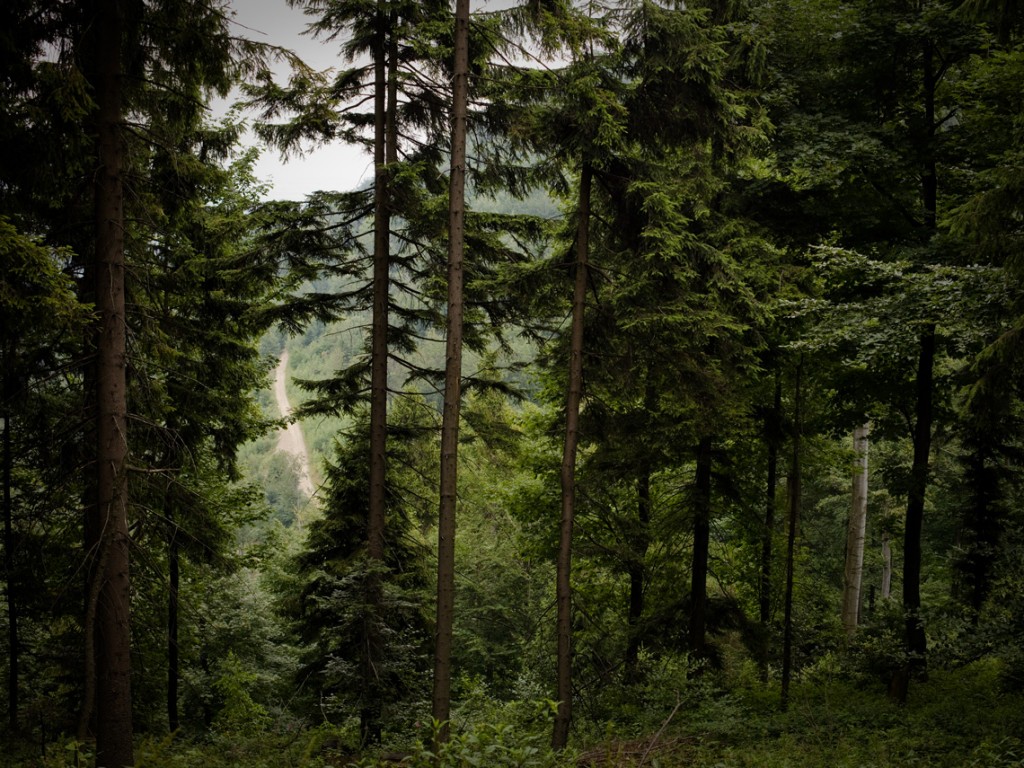 One I was riding the highest section of the hill I felt sorry for the ones that still had to pedal all the way up forgetting I had just done it.
By the way, I found no one riding bikes, and just two families walking on the path during near 100 kms I rode. 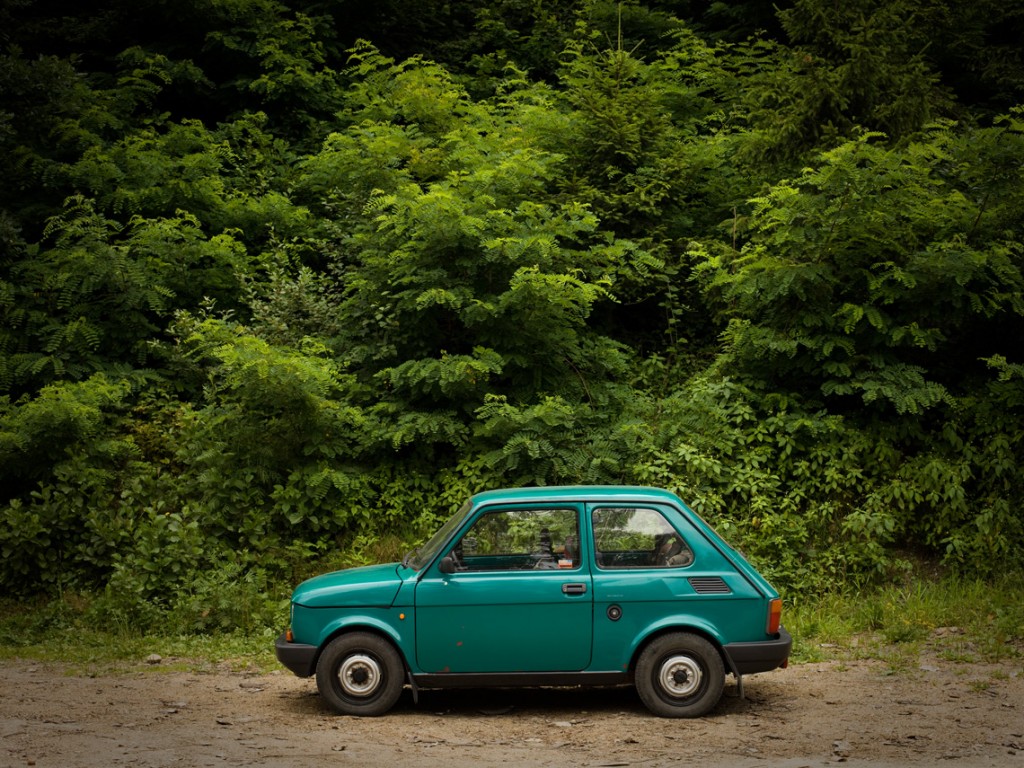 Near Międzybrozdkie Reservoir I found this Polish Fiat known as “Maluch” what means “the little one”. This is a model that used to be very popular in Poland during the 70´s and 80´s and was produced in two factories in Poland, one being in Bielsko-Biała. This model was exported to some of the Eastern Block countries, for example Cuba where it is known as “El Polaquito”, literally “The Little Polish”. 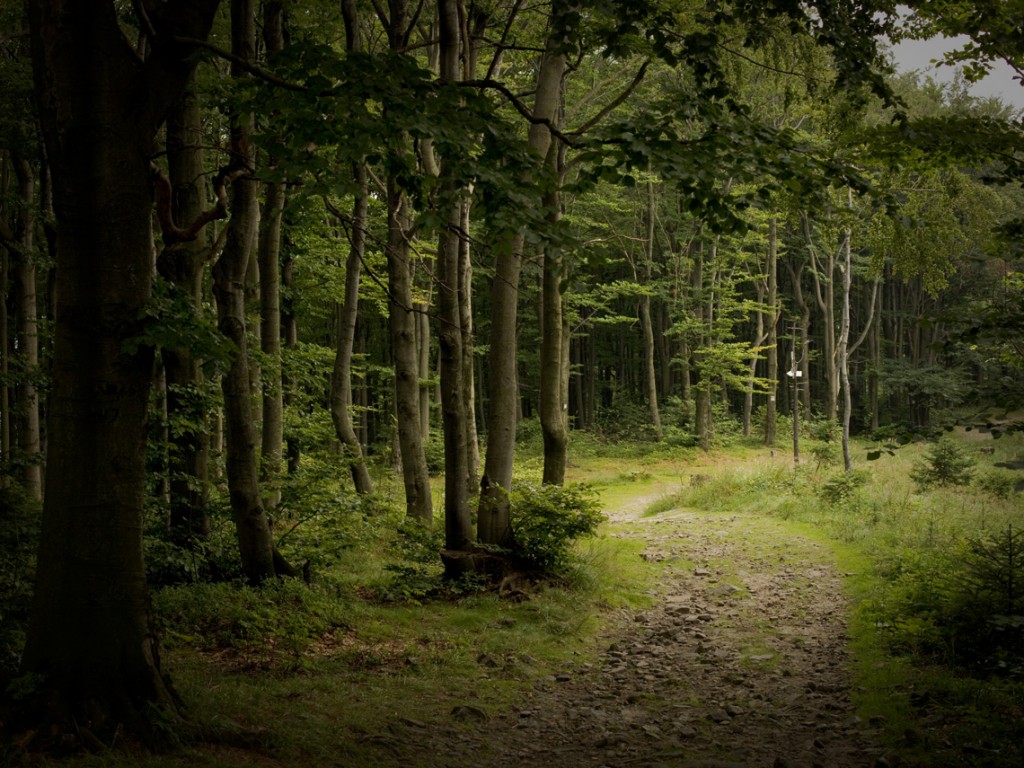 Flat section of the path on the top of the ridge. Loose stones but fast to ride comparing with the climbs. 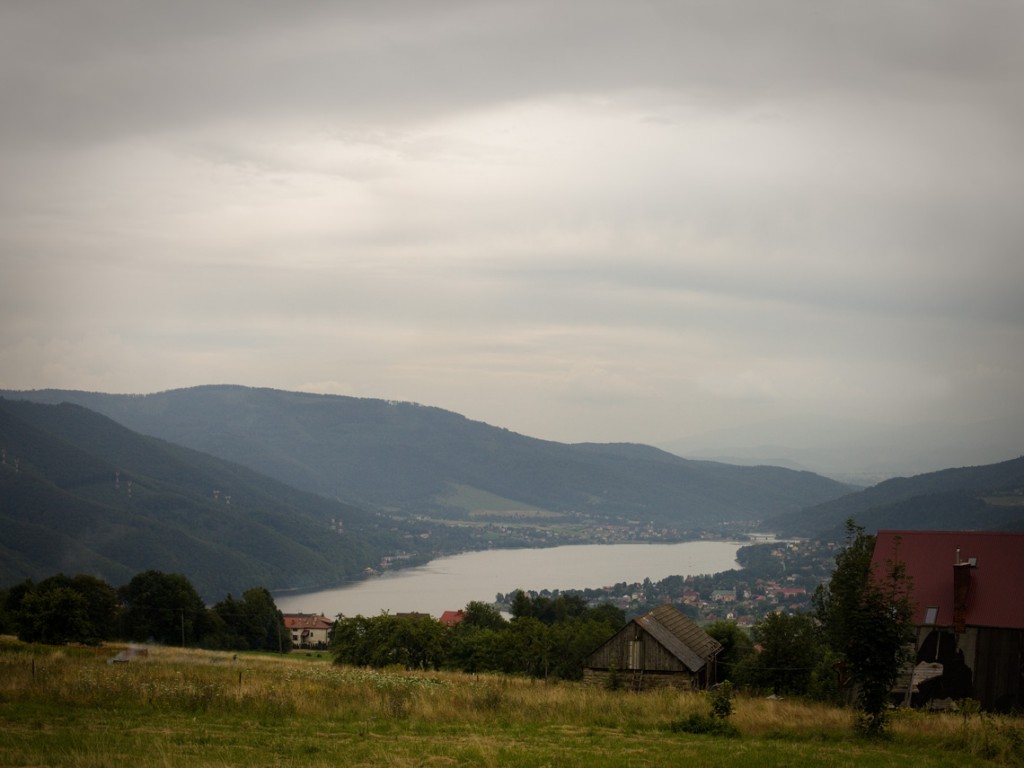 Międzybrodzie Reservoir. It was after crossing to the other side of the valley and starting the climb to Żart Water reservoir that I found a wall I could not climb even pulling my bike. I tried and I slided down into some nettles with the consequent itching for the rest of the day and thankfully it was just that. I decided to look for an alternative way riding back some kilometers and attacking the path from the other side of the mountain. I tried to follow a marked blue path unsuccessfully but eventually find my way from Ogórkowo. 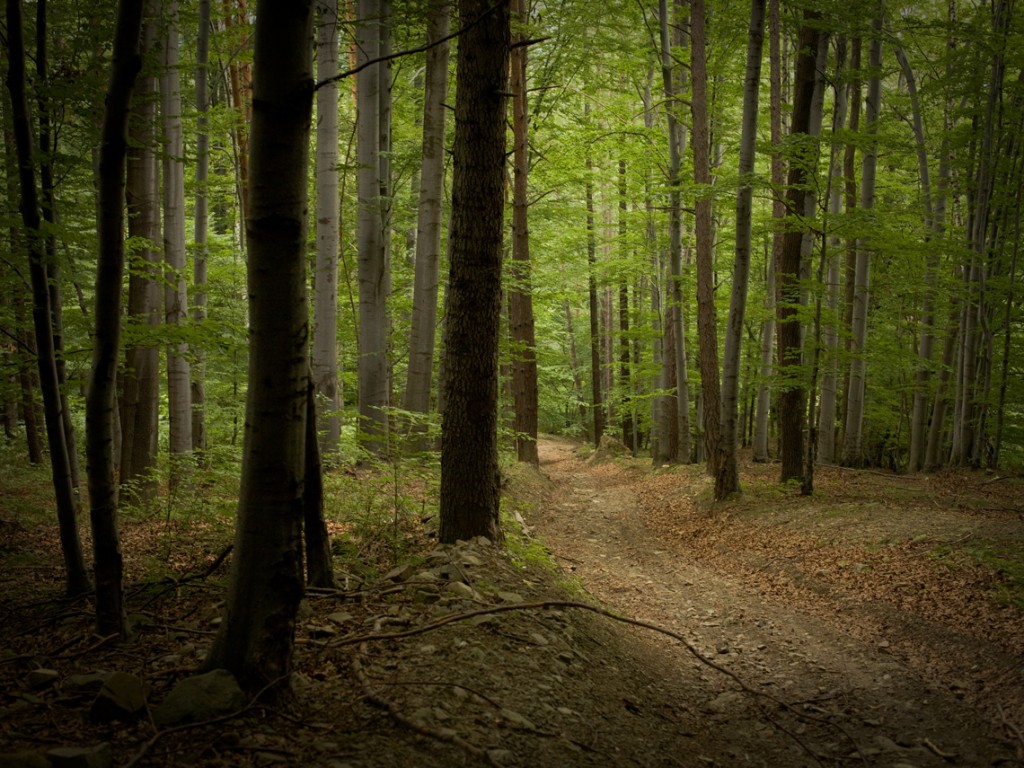 Beechwood in my way back from Zembrzyce. Already not following the Mały Szlak Beskidzki but with a beautiful afternoon light I could not help but taking this photo for the ones I hadn’t done in last kilometers as I felt It was getting a bit too late.